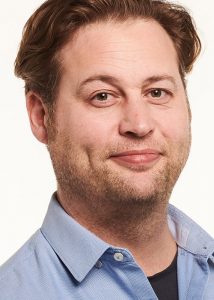 Jack Oliver is an experienced broadcast executive and producer with a strong track record in commissioning and acquiring distinctive international content for UK audiences. Currently responsible across the portfolio of channels with a heavy focus on Sky Documentaries, Arts, Nature and Crime. Having launched the new channels we have built a strong and appealing slate of features and series that hold a cinematic scale and great storytelling at its heart.

Recent credits included The United Way, Tina Exterminate All The Brutes and The Return: Life After Isis with many more to launch in 2022 on Sky documentaries; The Princess, Spector 4 X60’ and Kingdom Of Dreams 4×60’ . On Sky Arts the focused is to encourage participation and engagement in the arts, celebrating art in all its forms. Recent successful doc’s include The Blitz Kids, King Rocker, Poly Styrene, Voices of Ireland, Great Songwriters, the Lost Leonardo, with fourth coming docs on Joseph Shabalala, Peter O’Toole, Richard Harris and Katherine Hepburn to name but a few!