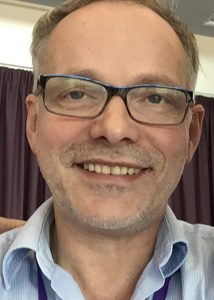 Michael Wegener works as head of video and photo at ARD News which produces Tagesschau, Germany’s most-watched news program. He and his team are responsible to supply ARD News outputs with all relevant photos and videos as well as to verify user-generated content from social media.

Wegener joined ARD in 2005 as head of ARD´s Eurovision office after having worked as a news editor for the Eurovision News Exchange in the EBU offices in Geneva and New York (2000 – 2005). Until 1999, Wegener worked as a bulletin editor and reporter for Ostdeutsche Rundfunk Brandenburg, the regional affiliate of ARD in Eastern Germany. Wegener is a political science graduate of the Free University Berlin and a Fulbright scholar at the University of Washington, Seattle (USA).