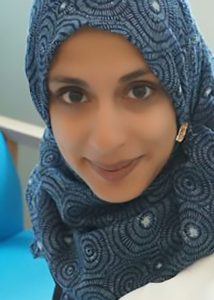 Nasfim works as BBC Three’s shortform commissioner, looking after a slate of content across a range of genres.
Her commissions include the original You Tube series of BAFTA-nominated Eating with My Ex, Romesh Talking to Comedians and ground-breaking constructed reality series, Galdem Sugar.
Prior to working as a commissioner, she worked in-house as Deputy Editor of BBC Three looking after content such as the Idris Elba Takeover, Things Not to Say and Drugs Map of Britain.
She started her career as a BBC Wales production trainee and over the years has worked across early iteration of BBC Multi-Platform content as well as linear TV content, with a stint working in the British independent sector for companies such as Two Four, Love Productions and Century Films.