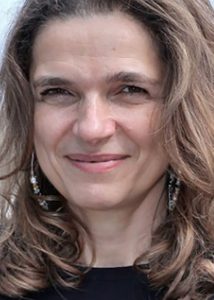 Nathalie is a content creator, developer, buyer and strategist, and is known as one of the leading entertainment format experts in the international marketplace. She is now based in Los Angeles, consulting for channels and producers in the US.

Former journalist at TF1, independent TV producer, Head of Development at Fremantle France, VP Formats International at IMG Entertainment and Chief International Officer at Endemol France, she launched formats like Money Drop, Undercover Boss, Farmer Wants A Wife or Got Talent. Then running her own company, she has consulted for major players like ABC Studios, Canal+ or RTL as well as independent producers. Relying on her solid and large network, she works on the creation, scouting, acquisition and development of unscripted formats but also on their marketing and selling strategy. Businesswise, she focuses on talent spotting and business development strategy (codevelopment or co-production deals etc…). She created herself prime time entertainment shows (both factual entertainment and studiobased), that were successfully aired in Europe in 2018 and 2019. With Reed Midem (MIPTV – MIPCom), she also oversaw for several years the MIPFormats’s program, which became #1 event on unscripted Formats.

In this highly disruptive industry, she has been spotting new trends and ideas on both TV and digital and she has spoken at MipTV and ATF for several years on “The Best Ideas When TV Formats meet digital”. Nathalie is also a judge in prestigious competitions like the Emmy Awards, The Rose d’Or and C21 Awards.