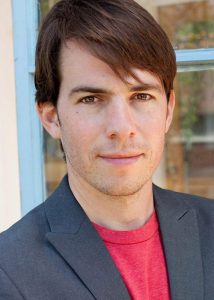 Omri Marcus’s job is to make things interesting. No, really. For well over a decade, he has been developing, managing, and editing content in digital, mobile, OTT, and traditional TV. Marcus is a creative director who works with media and tech companies. He writes regularly for a variety of international publications on trends in content and technology.

Starting as a comedy writer on Israel’s most popular TV programs, Marcus received an Entertainment Master Class scholarship to study the international content industry, following which he embarked on an exclusive, multi-year development contract with Red Arrow Entertainment.

In 2014 Marcus founded Comedy for Change, an international initiative that connects prominent writers and content people from all over the world. Comedy for Change has done events in Jerusalem, London, New York, Austin, and more. Every year the initiative honors comedy that generated social change with its Finger Award – chosen by the global comedy writers community.