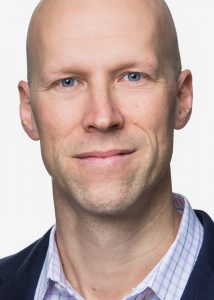 As Head of Channel Management for Television and Digital at the Swiss public broadcaster, SRF, David Angehrn is responsible for developing and executing on a comprehensive content distribution strategy across all platforms (owned, social media, third party) as well as the development of digital products. In his previous position at SRF he oversaw program strategy and research and led the marketing team and the art directors. Before Angehrn returned to Switzerland, he held the position of Senior Vice President of Marketing and Strategic Planning at G4 TV (NBCU) in Los Angeles. He launched his media career at Corus Entertainment in Toronto (Canada) where he was the Director of On Air Promotion.