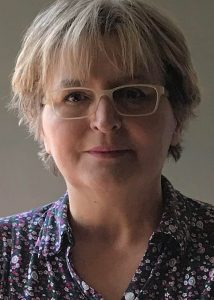 Radio and Television of Bosnia and Herzegovina – BHRT is a public broadcaster that provides local, national, and international radio and TV programmes. BHRT is an independent public broadcaster providing local, national, and international radio and TV program for the general public in a democratic, multicultural and pluralistic state of Bosnia and Herzegovina. Let us be reminded that three nations live in Bosnia and Herzegovina (Bosniaks, Serbs, and Croats, with national minorities) which is a multireligious community with official languages and two alphabets. The history of electronic media in BiH has started on April 1945 when Radio Sarajevo has been broadcasted its first program. The first TV show was broadcasted in 1961. On October 1991. RTV Sarajevo was transformed into RTV BiH as a Public enterprise. After the dissolution of Yugoslavia, RTV BiH comes out of the JRT, and from January 1st, 1993. becomes an independent member of EBU.

Rialda (Musaefendić) Oćuz, after a few years of work in print Media, began to work on TV and for more than 28 years she is in that job, as a news producer, field and documentary producer, consultant for the production of documentaries and other programs for international broadcasters. She worked as a producer for Worldwide Television News – WTN, APTN; AP Middle East, PBS, BBC, ABC Australia, InterMedia, and many others, as well as a producer/research for documentary films and series as: “A Cry from the Grave” (awarded with 5 wins and 1 nomination TV Movie documentary), Women, War & Peace (awarded with 3 wins TV Series) and many others.

In the last 20 years, Oćuz working in the International Department of BHRT as a program coordinator for news, and acquisition and selling of the TV rights. She is involved in co-production projects, participates in and organizes training for media professionals, makes and coordinates a daily exchange of political, economic, sport, culture, and music stories, as well as exchanges of documentary programs with other EBU members.