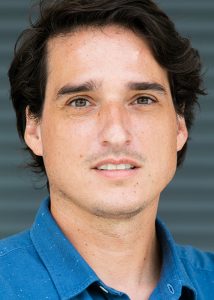 Sebastian joined Red Bull in 2020 as part of its newly launched TV and Film studio Red Bull Studios. In this role he has overall responsibility for commercial strategy and revenue planning of the business. Externally he leads all commercial and content partnerships with platform, distribution and production partners across TV and Film.

Sebastian is a multi-lingual entertainment executive with a global perspective and 15+ years’ work experience both in Europe and the United States, with a wide range of experience in development, production, acquisitions, financing, and international sales across scripted and unscripted programming in both TV and digital media.

Prior to Red Bull Studios, Sebastian had climbed through the ranks at Israel’s Keshet Media Group, joining in 2015 as Head of Business Development & Acquisitions, moving into the role of SVP of Digital & Acquisitions, and launching and running Keshet Digital Studios, before rising to Managing Director of Global Content for Keshet International, the international studio and distribution arm of Keshet Media Group.

Previously, Sebastian was SVP of International Distribution at Banijay Group. Sebastian started his career in the Advertising industry, as a graduate trainee at Global Advertising and Communications giant Publicis Group.