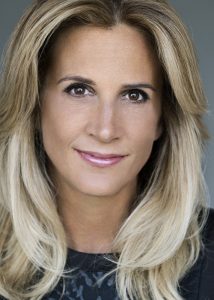 Sophie launched and oversaw a 2018-19 Format incubator project called Horsepower, in association with Quebecor Content to create and distribute original Canadian Format IP. She wants Media Ranch to be known for developing and welcoming fresh Format ideas as well as helping creators to develop IP for the global marketplace.

Her career began as a producer with Ferron International in 1987. In 1997, Sophie was named Director of Production at Radiomutuel – Astral Media. Next she went to Technicolor as Vice President of Distribution Services and, before launching Media Ranch, held the title of COO at broadcaster TQS.

Active in the international television industry, Sophie is currently a FRAPA member; and has been a business and government affairs consultant concerning the Canadian media landscape. She is a former Board Member of SODEC, Quebec’s public film and television funding agency; was on the French Advisory Board of the Banff World Media Festival and served as President of the Quebec Dubbing Studios Association where she negotiated the collective agreement with the actors’ guild, Union des Artistes