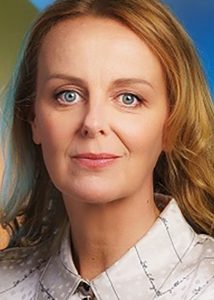 Suzanne Kunzeler (1968) studied theater, film and television sciences at Utrecht University. From 1993 onwards she was employed by Dutch public broadcaster NCRV; she worked as drama editor for series as Black Snow (Zwarte Sneeuw), Without Seriousness (Zonder Ernst), Keyzer & De Boer, The Story of the Gier and Spangas and for youth programs such as Willem Wever and The BZT-show. In 2006 she was promoted to Manager Infotainment and Culture at the NCRV. In 2008 she started at NPO as manager of children’s programming. In 2014 she was appointed channel manager of Zapp/Zappelin, the public youth channel.

Since 2018 she combines her position as channel manager NPO3 with the new role as Head of Drama at NPO. In this new function she is a driving force behind innovative, high quality Dutch drama and is the main contact for broadcasters and producers on all issues regarding public drama.