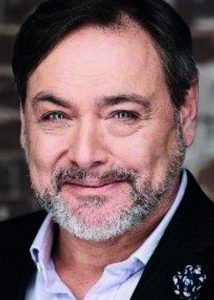 Adrian is the Nine Network’s Head of Content Production & Development working across the Nine Network of traditional broadcast and digital. His role involves working with internal teams and external production partners to commission and develop shows that embody Nine’s brand and attract broad, mainstream audiences. He works across on-air, digital and social media to ensure Nine program brands reach the biggest possible audience wherever they are. This is Adrian’s fourth stint at the Nine Network. He started as a Newspaper journalist on the Sydney Morning Herald, before joining SBS as a news and current affairs reporter. He first came to Nine as a reporter and producer at Wide World of Sports working on Grand Prix, Commonwealth Games and other major events. A brief stint back at SBS as Executive Producer of Sport saw him secure the rights for the Tour de France but the call of Nine was too strong and he returned as the founding producer of the travel series Getaway. It was there that he launched Australia’s first commercial television website getaway.com.au in 1994. Adrian then spent 12 years in the UK working for Endemol and Mirror Group Newspapers in a variety of executive roles before starting his own production company. He created the UK’s first branded TV channel Thomas Cook TV, its first city channel London TV and conceived and ran Britain’s most popular mobile TV program as well as making television for The BBC, ITV, Channel 4 and Sky. He has sat on several boards of both television production and digital businesses.