Telling the inside story of the 1986 nuclear power plant disaster, the five-parter was made by Sister Pictures, The Mighty Mint and Word Games.

Elsewhere, comedic actor Ricky Gervais won the Performance of the Year award for his role in Netflix series After Life, which has been greenlit for a second season.

Canadian pubcaster the CBC and Winnipeg prodco Frantic Films won the comedy prize for Baroness Von Sketch Show, while BBC2 and Warner Bros-owned Ricochet in the UK won the Reality and Factual Entertainment trophy for The Repair Shop. 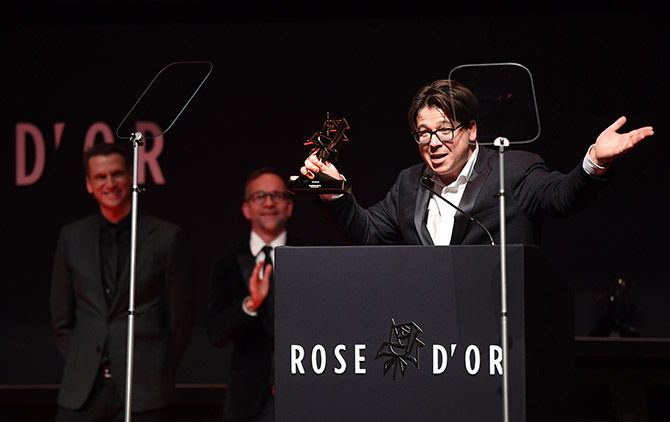 A jury of more than 70 leading industry professionals from around the world, chaired by Swedish actor Sofia Helin (The Bridge), voted for a range of titles across 10 categories.

For the first time in its 58-year history, the Rose d’Or Awards was held in London, having previously been held in Swiss town Montreux from its inception in 1961 until it moved to Berlin in 2014.

During the event, in which several winners spoke about diversity and inclusion in the TV industry, Sir Lenny took a moment to reflect on the issue: “Society is built on story telling; the stories we tell about ourselves and to each other. We understand our neighbours, our past, our present, and where we are going by the stories we tell.

“Imagine a world where people from Spain were not allowed to tell their stories and instead the British decided what we should know about Spain and directed, wrote and produced 90% of their television. This is how it can feel for far too many people when we talk about ethnic diversity, or disability or gender within our respective countries. When it comes to television, it can feel as if other people are telling our stories,” he told guests at the Kings Place event.

“Let’s talk about diversity and what does and doesn’t work in our respective countries. Let’s learn from each other. This should be an international race to the top.”

The full list of Rose d’Or 2019 winners is as follows.

SOAP OR TELENOVELA
Orphans of a Nation – BRAZIL
Globo

PERFORMANCE OF THE YEAR
Ricky Gervais for After Life

Photos of the event can be viewed here (Simon Wilkinson/SWpix.com)