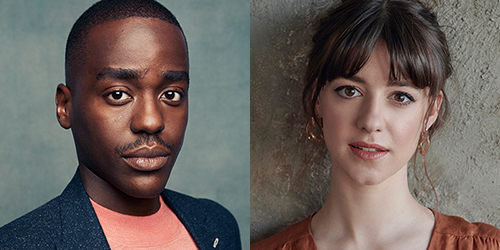 The Rose d’Or Awards today announce Normal People’s Daisy Edgar-Jones as the recipient of the inaugural Emerging Talent Award and Sex Education’s Ncuti Gatwa as the winner of the 2020 Performance of the Year Award, two of this year’s special individual talent awards.

The 2020 Rose d’Or Awards will be presented in a virtual ceremony hosted by comedian Nish Kumar on Wednesday December 9, streamed on Rosedor.com. 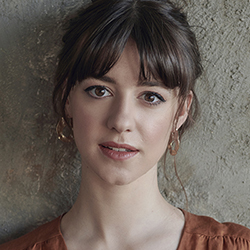 Daisy Edgar-Jones will be awarded the first-ever Rose d’Or Emerging Talent Award for her portrayal of Marianne in Normal People, after the show became a lockdown favourite earlier this year.

Produced by Element Pictures and based on Sally Rooney’s best-selling novel, Normal People follows the love of two people who changed each other’s lives. The adaptation aired as a 12-part series on BBC and Hulu, propelling Daisy Edgar-Jones and her co-star Paul Mescal onto television screens across the globe.

Daisy had previously starred in British classics, Cold Feet and War of The Worlds and is set to appear in Fresh and Where the Crawdads Sing next.

On being awarded the Emerging Talent Award, Daisy Edgar-Jones said: “Normal People really was a dream job. I just feel so lucky to have played Marianne and it’s done so much for me. To to be acknowledged as an Emerging Talent by Rose d’Or for it is so special. Thank you so, so much. I’m very proud and very chuffed.” 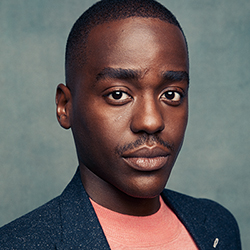 The 2020 Performance of the Year Award, which is awarded for an outstanding performance in the past 12 months, will be given to Ncuti Gatwa for his performance as Eric in Netflix’s coming of age comedy, Sex Education.

Sex Education follows a socially awkward student who lives with his sex therapist mother and sets up a sex clinic at school capitalise on his intuitive talent for giving advice. The critically acclaimed series won over audiences of all ages with its inclusive storylines and refreshing approach to real life experiences. In particular, Ncuti Gatwa’s performance as character Eric was hailed as a progressive triumph for onscreen LGBTQ+ representation.

Mark Rowland, chair of the 2020 judges, said: “Daisy and Ncuti’s authentic character portrayals stood out for the judges and audiences alike, we are delighted to be able to recognise their outstanding performances. The Rose d’Or would also like to congratulate Daisy on being the inaugural winner of the Emerging Talent Award, which we’ve instituted to recognise great new talent this year and every year.”

Now in its 59th year, The Rose d’Or Awards define the gold standard for excellence and achievement in entertainment programming. The recently announced shortlist for the 2020 digital edition of the event, was voted for from 766 entries by over 80 international judges from across the television industry and includes entries from every major territory in the world across the 12 categories. Given the extraordinary challenges faced in 2020, this year’s awards also include a special category to recognise innovation in the time of COVID-19, with finalists from Spain, Italy, The Netherlands, Belgium, the US and UK.