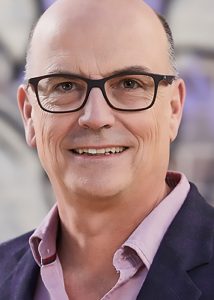 Chris Hilton is one of Australia’s most prolific and award-winning producer/ directors who has made films across a broad spectrum of subjects for the world’s major broadcasters.
He is CEO and founding partner of Essential Media Group – a production company with a track record in TV drama, blue-chip documentary and lifestyle programming. With offices in Sydney, Wellington, Los Angeles and Toronto, Essential has delivered over 500 hours of scripted and unscripted content to all Australian networks, Netflix, Fox, BBC, ITV, Channel 4, UKTV, National Geographic, PBS, Discovery Networks, AMC Sundance, History Channel, Arte France and CuriosityStream amongst many.