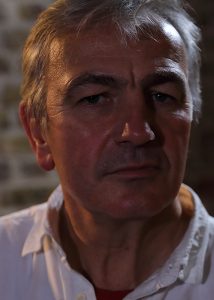 Dominic Best is an award-winning film director, with an international reputation for making films that open eyes and ears to new ways of experiencing Music, Arts, Opera and Dance. This pandemic year alone his films have broken new ground by bringing innovative filming techniques to performance, including a portrait of the Kanneh-Mason family This House is Full of Music (BBC One) a feature film of Britten’s opera The Turn of the Screw (Marquee TV/BBC Four) and Stravinsky’s The Soldier’s Tale (Hallé/BBC Four)

After training at Guildhall School of Music in London, Best sang as a professional tenor until 1998 when he joined BBC Classical Music Television where he directed and produced documentary films, multi- and single camera performance capture.

A storyteller with an instinct for getting to the heart of his subject Best’s collaborations embrace artists from every genre – Antonio Pappano, Mtislav Rostropovich, Joyce DiDonato, Sheku Kanneh-Mason, choreographers such as Wayne McGregor, Christopher Wheeldon, Siobhan Davies, Cathy Marston and Akram Khan.