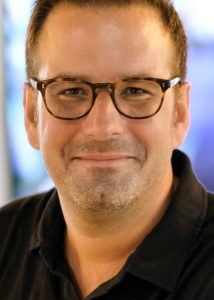 Greg Sanderson started his career at Touch Productions as a graduate trainee straight out of Oxford University. He subsequently worked at a variety of independent production companies before joining the BBC in 2005. Early successes at the BBC included originating the popular music format Maestro.

In 2006 Greg was appointed Editorial Executive of the acclaimed documentary strand Storyville, rising to become Executive Producer the following year. In this period, Greg’s credits include a wide-range of prizewinning films, notably The English Surgeon (International Emmy Award), Man on Wire (Academy Award), Marathon Boy (TFF winner), The Father, The Son and The Housekeeper (Prix Italia), Out of the Ashes (Grierson Award).

In 2012, Greg spent a year as Executive Producer of BBC ONE’s Imagine strand and Editor of the flagship cultural programme The Review Show. Highlights in this period include an exclusive and award-winning extended interview with the author Philip Roth. In 2013, he returned to commissioning as Commissioning Editor for Arts and Music across the BBC’s TV channels. As well as working as Executive Producer across the BBC’s famous Proms season for three years, he was responsible for popular series like David Starkey’s Music and Monarchy, Monty Don’s History of the British Garden, Italy Unpacked; landmark single films like Rudolph Nureyev – Dance to Freedom (Bafta nominated), Sir Colin Davis – In His Own Words (Grierson winner), Britten’s Endgame; popular singles including Meatloaf: In and Out of Hell, John Denver: Country Boy; and series including Lost Kingdoms of South America, Brits Who Built the Modern World, Dancing Cheek to Cheek. He was also responsible for the first two seasons of the novel quiz show The Quizeum with Griff Rhys Jones and two series of Don’t Tell the Bride!