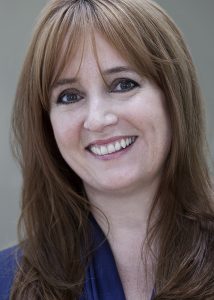 Karen’s network television career started at Granada TV’s This Morning as a Day Producer before becoming Deputy Editor and then Editor. From there she spent time as a series producer at Endemol launching Comic Relief Does Fame Academy (BBC One) and The Games (Channel 4) and in October 2004 she joined BBC Entertainment where she was the co-devisor and launch Executive Producer of the multi-award winning Strictly Come Dancing. (Dancing with the Stars) She led the first five series in the UK and ultimately became Creative Director of BBC Entertainment overseeing all format and factual entertainment shows. In January 2009 Karen joined Shine TV, initially as Director of Programmes and shortly afterwards was made Joint Managing Director. Under her creative leadership Shine TV grew to be one of the UK’s largest indies with shows such as MasterChef; Got To Dance; Gladiators; The Biggest Loser and The Magicians.

Karen launched her indie, Tuesday’s Child Television, in September 2012. The UK-based independent production company specialises in entertainment and popular factual programming. Over the last ten years Tuesday’s Child has devised and produced entertainment and factual entertainment series for UK and US broadcasters including the International Format Awards Best Studio Gameshow of 2016, You’re Back in the Room for ITV1 which Tuesday’s Child also produced in the States as Hypnotize Me for The CW. The format was also made in ten other major territories and optioned in a further ten. Tuesday’s Child also produced Sean Conway Running Britain and Sean Conway: On the Edge for Discovery; RTS-nominated Superstar Dogs for Channel 4; My Crazy Christmas Lights for Channel 4; two series of gameshow format For What It’s Worth for BBC One (also adapted in Germany); Sunseeker a one-off documentary (BBC Two), Saturday night entertainment format Pitch Battle (BBC One), The Drugs Cafe a 2×60 social experiment for C4, Man vs Machine (FOX US) and Head Hunters (BBC One) 30×45 hosted by comedian Rob Beckett.