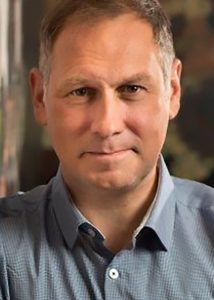 Phil Edgar-Jones is responsible for driving the vision and strategy of the UK’s only dedicated arts channels, broadcasting 24 hours of content a day. He joined Sky as Head of Entertainment in 2012 and was appointed the Director of Sky Arts in 2014. He oversees all entertainment series in production across Sky’s channels – Sky 1 HD, Sky Living HD, Sky Atlantic, HD, Sky Arts HD and Sky Movies, and it was in this role that he commissioned a wealth of successful programmes for Sky Arts including Urban Myths, Portrait Artist of the Year, Brian Johnson’s Life on the Road; Tate Britain’s Art Walks, Treasures of the British Library, The Glyndebourne Opera Cup, The Art of Drumming and many more; and for Sky 1 his team looks after A League of their Own; The Russell Howard Hour and The Heist, among others.
Before Sky, Edgar-Jones worked as Creative Director of Running Bare, where he exec produced Very Important People with Morgana Robinson and Terry Mynott, as well as a host of other projects with talent in the John Noel stable.
Prior to that, Edgar-Jones was Creative Director of Remarkable Pictures (part of Endemol UK) where he oversaw Big Brother during its Channel 4 years and a number of entertainment projects including the first constructed reality show in the UK, The Salon, Space Cadets, Shattered and Seven Days on the Breadline.
Edgar-Jones’ credits also include Ginger TV (Exec Producer, The Priory); Absolutely (exec Producing The Jack Docherty Show and working alongside writers such as Mitchell and Webb, Armstrong and Bain, Cecil and Riley); and before that on The Big Breakfast, The Word and The Sunday. One of his first jobs was as a writer for a Sky 1 show called Barry’s Joy Pad featuring a then unknown performer called David Walliams.