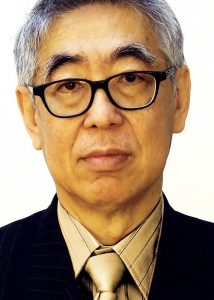 Robert Chua’s 55 years television experience spans from Australia, Singapore, Hong Kong to China. He started his TV career in Australia at the age of 17 and after spending a short stint with Singapore RTS he made Hong Kong his home.

In 1979, his company became the first Media Company in the world to enter the Chinese TV market. He brought in to the China its first “TV Time Check”, represented and sold their TV air-time, produced and distributed foreign programs to China.

In 1994 he founded a satellite channel CETV to broadcast across China. In late 2003 he sold his entire CETV stake to his partner Time Warner to concentrate on pioneering the world’s first ‘cross-media’ interactive channel TIC (The Interactive Channel) that was awarded the AFDESI 2006 “Best International Interactive Enhanced Television Award” in Cannes.

In 2010, he is the co-founder of Blanc, a white nano-ceramic cookware.

In recent year he ventured into the “Food & Beverage” industry and opened Singapore’s most successful restaurant ‘Tim Ho Wan’ in 2013 and soon after ‘Kam’s Roast’ in 2016 both Michelin star restaurants.

He was a Board member of NATPE (USA), Committee member of the Advisory Board of ‘Rose d’Or Festival’ (Switzerland). Board of Governors of the ‘Banff TV Festival’ (Canada), Honorary Committee member of the ‘Monte Carlo TV Festival and Advisor to “Monaco Media Forum” (Monaco), a Board member of ‘FRAPA’ (Germany), Consultant to ‘Shanghai Oriental TV Entertainment Channel and “Channel Young” (SMG) and a Guest Professor of ‘News and Media Studies’ Nanjing University, (China).