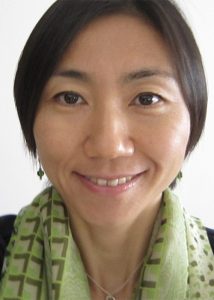 Yukari Harada joined NHK in 1993. She was initially assigned to the news operation at the NHK Broadcasting Center in Tokyo, where she made features and specials on overseas issues such as US anti-terrorism measures and the Channel Tunnel.

In 1996, Harada began a posting to the NHK station in the major southwestern city of Fukuoka. She covered regional issues including education and unemployment and made documentaries on Asian and Middle Eastern issues such as the growing participation of women in Iranian society, the beginning of China’s shift toward a capitalist economy, and environmental problems in Malaysia.

In 2000, Harada returned to the news operation in Tokyo and began working mainly on programs based on overseas newsgathering. Issues to which she devoted particular attention include Iran’s nuclear program. She negotiated with staff at the International Atomic Energy Agency for six months in order to cover the work of their inspectors and gain a complete picture of Iran’s nuclear development efforts. She also made documentaries that delved into the mysteries of North Korea’s dictatorial government and nuclear weapons program. For her North Korea documentaries, she gathered huge amounts of government documents and videos in Western countries and collected the testimonies of North Korean defectors.

In 2009, Harada began another stint at NHK’s Fukuoka station, where she worked on news features and documentaries as a senior editor.

Since 2012, Harada has been based again in Tokyo. Between 2012 – 2016, as a senior producer, she worked on international news features and on programs such as documentaries about Japanese women who work in other countries around Asia and the media war between Russia and Ukraine. Between 2016 – 2019, she worked for NHK Enterprises. She was in charge of the production of NHK’s global travel documentary series “Somewhere Street”. She also developed and produced a series of medical entertainment program “Doctors Who Survived Cancer”. In 2019, she returned to NHK and mainly worked on investigative current affairs program “Today’s Close-Up” and covered sexual violence issues in Japan. Since 2020 she works on domestic and global content development. Harada’s main focus of interest are gender issues and international current affairs.