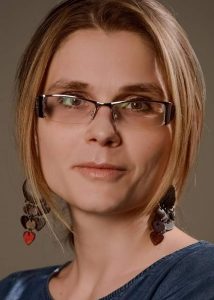 Zeljka Lekic-Subasic is the head of ERNO (Eurovision News Exchange for Southeast Europe) Coordination Office in Sarajevo, Bosnia and Herzegovina. She coordinates a daily exchange of political, economic, and cultural news stories and documentary exchange among eleven Public Broadcasting Services from Southeast Europe, organizes workshop/training for media professionals in the region, and she covers news stories from the region for all European Broadcasting Union’s members. For her engagement in the post-war development of media cooperation in the region, she was awarded Dr Erhard Busek – SEEMO Award for Better Understanding in Southeast Europe in 2014.

She is a professional TV journalist and producer for 27 years. She works in the current position since 2001, while before she had worked for several radio and TV stations in BIH. Since February 2018, Lekic-Subasic is also the deputy teamlLeader/senior media expert in the 4, 5-year-long EU funded project “Technical Assistance to Public Service Media in Western Balkans”, in charge of several media development activities including newsroom modernization, children and youth program production, and archive digitalization. Since 2010 she also teaches media related under-grad and post-grad courses at the Sarajevo School of Science and Technology, Department for Political Science and International Relations. She holds a Ph.D. degree from the London Metropolitan University on the subject of media and international politics, MA degree from the La Sapienza University in Rome on the subject of global governance, and a Bachelor’s degree in journalism from the Faculty of Political Science, Sarajevo University. She was a participant in several international media programs, including the International Leadership Visitors Program in Washington D.C. (July 2012), Kiplinger Fellowship in public affairs journalism at the Ohio State University (April 2016), and Reuters Institute for the Study of Journalism’s Summer School at the Oxford University (July 2019).